While testing a web application can be a pain with all the code and functionality, it's the backend that's the real pain. Because it's not easily accessible, testing a backend can be a huge pain in the neck. But this is where testing automation comes in. Because the tests are controlled by a program, you don't have to worry about manually testing the backend. This frees up your time to do other things or to test the front-end of the app!

What is backend testing?

Backend testing is the heart and soul of software and web application testing. It's a vital and very useful technique used to create quality software and websites. It involves the checking and enforcement of the protocols and backend processes that work behind the scenes and allow users to access and use the main content and features  of a website or software. Backend Tests are often difficult to develop and automate as they often require knowledge of application programming and protocols. But, as more and more companies use this method as a way to ensure the security and safety of their systems and websites, it's becoming more and more important.

The data that users input via the front-end is stored in a back-end database.

All database tests can be grouped into three backend testing types:

Here are some that we recommend:

While testing is an important part of any software development process, it's even more important for those who work in backend automation software testing. While frontend web testing experts have the option of using a detailed suite of tools to conduct automated tests, those who work on backend code have a much harder time automating their tests. While seeking to reduce the cost of backend testing, many developers make the same painful mistakes:

Inexperienced teams often limit themselves to Black-box testing, which means they only test the database by interacting with the app’s GUI. Because of this, the team can’t accurately gauge their test coverage. However, with White-box testing, this can be eliminated. It will require testers to have a good knowledge of SQL, especially when validating triggers, functions, procedures, and other vital DB properties.

While it is tempting to use mock data during development, it might cause problems in the future. It is especially harmful if the data is used to train AI. The reason why it is not safe is that real data will almost always be different from mock data. This makes it possible for automation to misbehave in the future.

3. Overlooking the hidden costs of automation

Automation might make the work environment more efficient, but it's important to consider the hidden costs too. While there are some obvious benefits such as increased productivity and accuracy, there are hidden costs that aren't as apparent. It's easy to forget that automation often means that there is less human labor and that can mean people losing their jobs. It's important to consider the impact of your decision and whether it's worth it.

Moreover, overuse of automation can be costly in many ways. For instance, there is a high probability that overusing automation will lead to increased prices, increased costs of labor and fewer customers. To avoid this, simply use automation where appropriate and when necessary and don't overdo it!

So those are the basics you need to know to get the most out of backend testing.

Just think of how much time and money you can save! By implementing these methods, you'll have a better idea of what your users want and therefore know what you need to build! It all comes down to these three steps to harnessing the power of backend testing. First, you need to figure out what to test. Then, you need to execute your test. Finally, you need to analyze the results and draw conclusions from them. Here is another tip to consider. In order to test how successful your product will be, you need to set a budget! It's important to allocate a specific amount of your resources to testing your product early on in the development process. By doing this, you'll have a good understanding of what's working and what needs to be improved upon.

And that's a wrap for this post on the basics of getting the most out of backend testing. You should now have a good idea of the different kinds of data you can collect for different kinds of events. Now it's time to get strategic! If you're looking to grow your business with an app, but you don't know where to start. You want to automate your business, but you can't hire a developer. What do you do? Well, there's a solution. Integromat is a No Code platform with drag and drop functionality that integrates with hundreds of your favorite apps. It gives you the ability to automate and track everything that matters to your business, and it's mobile and tablet friendly! Integromat has over 500 pre-built integrations, and they're all easy to implement and customize for whatever your business may need.

And if you want to learn more about automation and Integromat in 30 days OR LESS with ZERO coding required, enroll yourself in Integromasters. You will learn how to use the tools, but also why you should use them. And the best part is, you'll learn how to do it by doing. The course is designed around real - life projects you can complete every week. We'll show you how to build your own bots and how to integrate them into your business. And if you ever get stuck, you can just ask us or other students in our mastermind Facebook group for help. 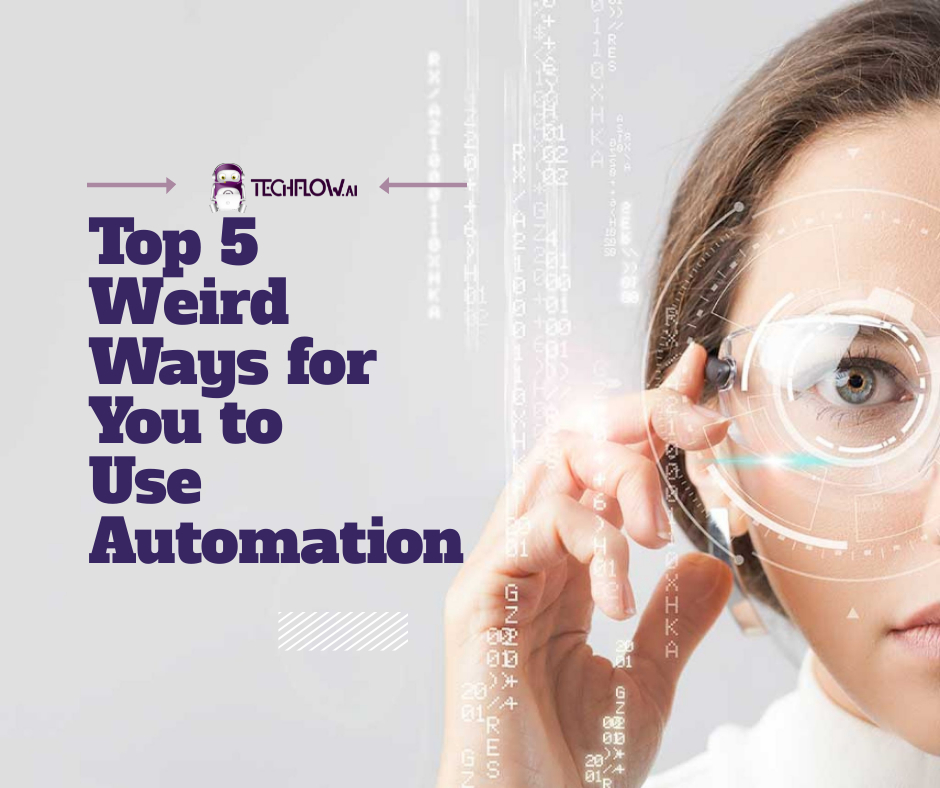 Top 5 Weird Ways for You to Use Automation

Usually, when you are in search of info about how to automate your work, you come across lots of weird ways to automate. 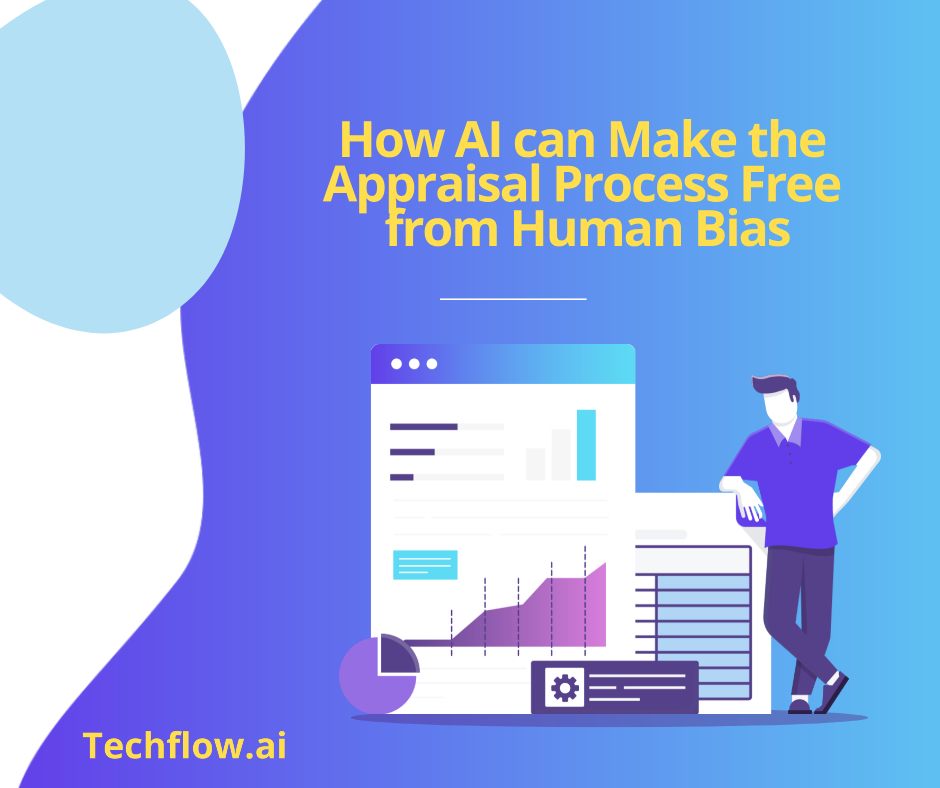 How AI can Make the Appraisal Process Free from Human Bias 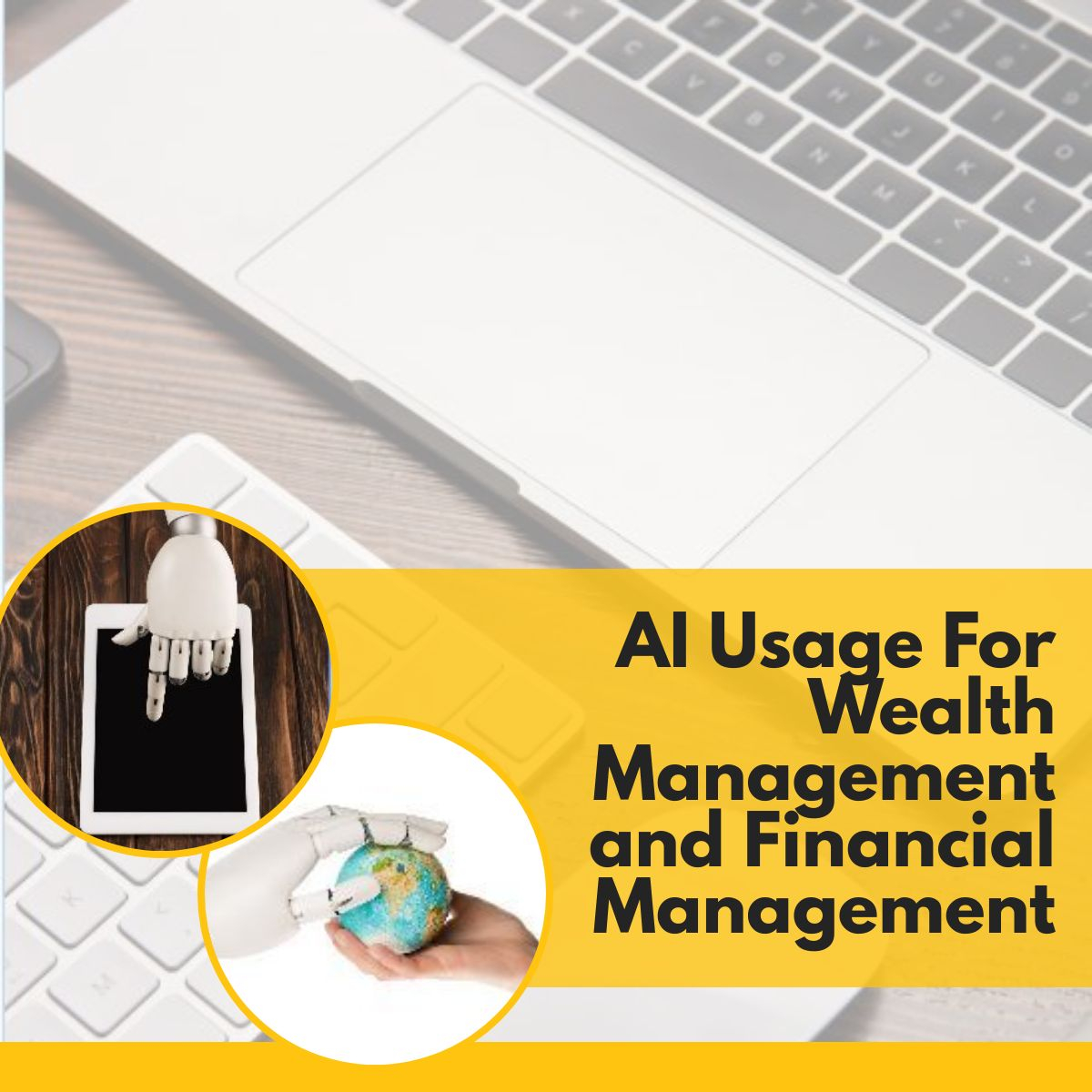 Financial management is indeed one of the many critical aspects of any business in ensuring its success. Oops! Something went wrong while submitting the form.
By clicking “Accept”, you agree to the storing of cookies on your device to enhance site navigation, analyze site usage, and assist in our marketing efforts. View our Privacy Policy for more information.
PreferencesDenyAccept
@ Techflow.ai 2022. All rights reserved.
ImprintPrivacy PolicyCookie Policy (EU)Disclaimer
Find us Here